‘The impossibility of perception is a perception in itself’
Ibn Arabi, The Secrets of Voyaging / Kitab Al-Isfar 'an Nata 'Ij Al-Asfar

Beyond Qafila Thania brought together researchers from Sudan, Morocco, Spain, Catalonia, Italy and the Netherlands researching in architecture, sociology and the visual arts actively approaching the cultural, social and geopolitical space of the Sahara desert to trace back the stories of the old caravans and learn about its influence in current day cultures and societies.

Beyond Qafila Thania facilitated an inspiring frame to exchange and research further on the participants on going projects focusing on topics such as contemporary nomad cultures and architectures, current immigration routes, history of slave trade, the concept of blackness and trans-Saharan book trade and the mobility of knowledge(s) within the Mediterranean, the Maghreb and West Africa.

Through its development, Beyond Qafila Thania has dis-centered artistic production as well as research methodologies normally located in the realm of contemporary art into a space of in-betweenness, away from conceptual and methodological comfort zones. This characteristic of 'Beyond Qafila Thania', which was framed by a phenomenological approach to knowledge production and had as focus activity the practice of walking, became in itself a catalyst for new ways to look at our surroundings and at ourselves. Indeed 'Beyond Qafila Thania' brought us to the lands of precarity and exhaustion. Physically, the desert showed us its traces, its shadows and its remains as the tools from where to start understanding that these subtle signs are the bases of its nature. Conceptually these peripheries, fragments and remains became also alternative forms of knowing.

Beyond Qafila Thania has been a collaboration between CeRCCa and the Moroccan organizations Marsad Drâa/Project QAFILA and Le18 and was funded by SouthMed CV, a programme cofunded by the European Union within the framework of the regional programme MedCulture, the SGSAH and the Departament de Cultura de la Generalitat de Catalunya. 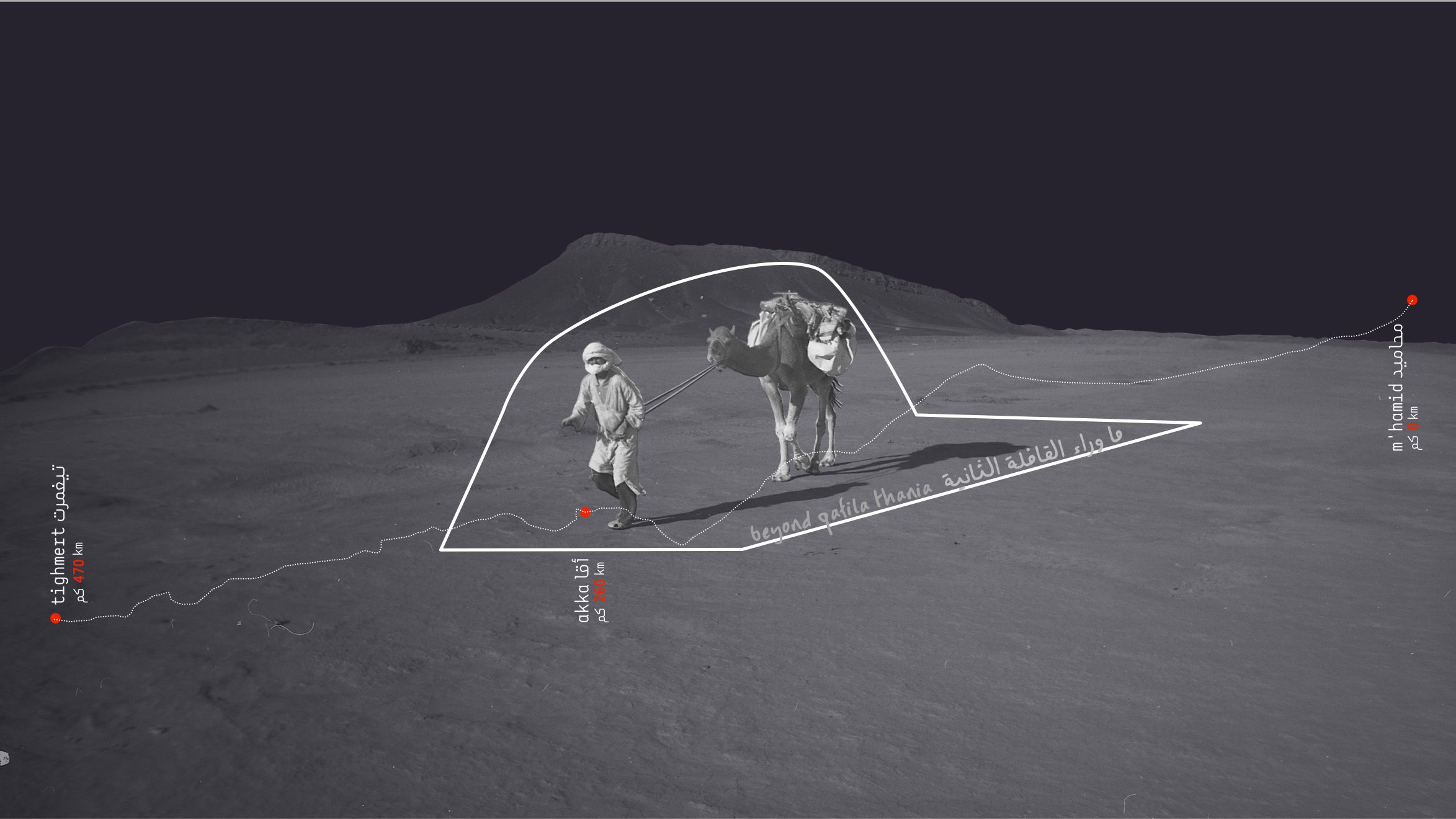