‘She definitely has no fear’
An anachronic conversation between Jan, Ismāʿīl and a group of Amazigh women.

Jan Luyken 17th centuruy depiction of Ismāʿīl ibn Sharīf’s Morocco is the starting point of the Unreal Carpet, a project developed by Embroiderers of Actuality at KE’CH Collective in the framework of the 6th Marrakech Biennale. Under the ‘Laboratoire de la Mondialité’ Ke’cH Collective proposed a full program of residencies and exchanges where artists from Morocco and Switzerland worked collaboratively in several artistic research projects focusing on the multiple and too often misleading representations of European and Arab identities.

What follows is a fictional conversation between the protagonists of the Unreal Carpet: Jan, Ismāʿīl and a group of Amazigh women. Linking the practices that shape everydaylife and historical grand narratives, Unreal Carpet organically waved unexpected links between 17thcentury distorted colonial imaginaries and contemporary micro-feminisms.

Moving away from confrontational attitudes and sterile dualisms, the Unreal Carpet adopted an unconventional approach to discus topics such as the relationship between craft and activism, the power of cross-cultural reflection through the dislocation of historical artifacts and the relationship between fictional realities and imagined futures by enhancing the power of women to promote and demand equality through empathy, resilience and the patient art of carpet making. 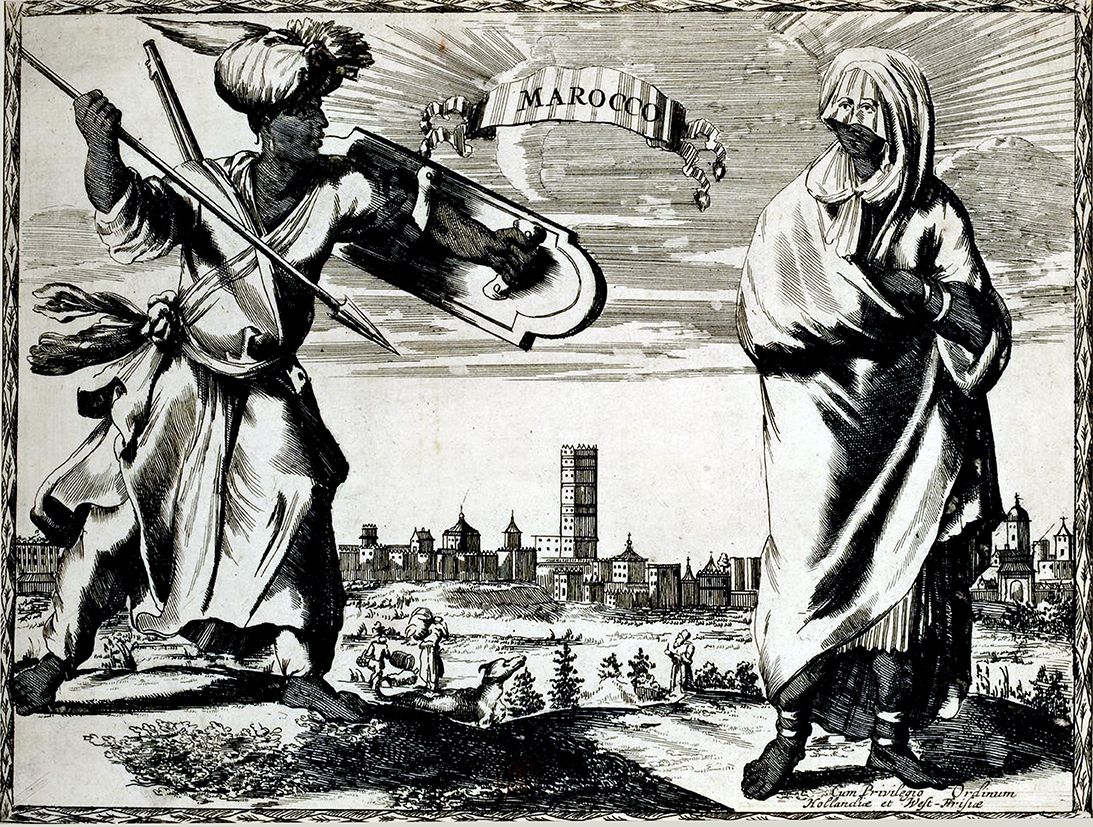 It is a foggy and warm day in Meknes and for once Ismāʿīl ibn Sharīf is in a good mood. The massive construction works in the new capital of the kingdom advance at a good pace, the Spanish enclave of Al-Maʿmūrah and Tangiers, on English hands, have been re-conquered, and the battles against the Ottomans allies in Algiers have been a success. The consolidation of the Alawï dynasty through the internal pacification of Morocco is a reality and the long, prolific and cruel reign of the Alawī dynasty has been secured under the despotic orders of Ismāʿīl.

It’s a rainy and cold day in Amsterdam when Europe awakes from an era of turmoil after a century of religious wars. The dark times have finally concluded thanks to the Peace of Westphalia and the newly formed Dutch Republic has been liberated from the corrupted Spanish crown. The arrival of skilled workers such as Sephardic Jews and Huguenots escaping from the religious atrocities perpetuated throughout Europe combined with the expansion of the protestant work ethic and the birth of corporate finance have made of The Netherlands a global economic and cultural power.

It is a foggy and warm day in new capital of Morocco and for once Ismāʿīl ibn Sharīf is in a good mood. His army of Saharan black slaves, the Abid al-Bukhari, is admired beyond its territories and Ismāʿīl has secured the necessary revenues for his public works holding a monopoly on foreign trade. The palace of Meknès, styled on that of Louis 16th Versailles, is a massive monument to Ismāʿīl’s will and determination and also a golden prison for his four wives and 500 concubines.

It’s a rainy and cold day in the prosperous Dutch capital and Jan Luyken poorly illuminated with a gaslight, continues to patently work on his copper etchings. He is in his studio surrounded by several printing plates, burins and gravers. Jan feels particularly content today as he can fully dedicate to finish a rare and precious piece: Marroco. As an educated and cultured man, Jan is not impermeable to the power of the Dutch Republic. This is why when he looks at Marocco he feels proudly contributing to the international influence of his beloved golden republic. 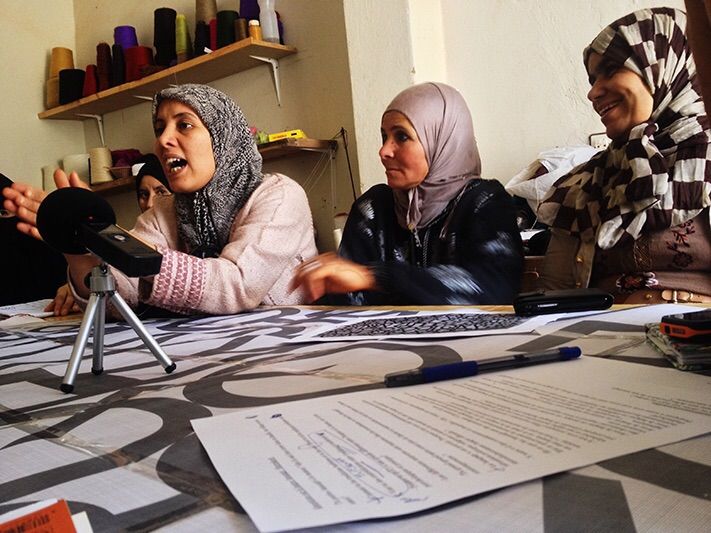 It’s a sunny and fresh day at Tighdouine. Still hidden within the Atlas mountains, the town awakes to the whispering river and the deep green of the oaks and olive trees that inhabit the fertile Zat valley. A group of Amazigh women gather around a loom. Since ancient times, Berber weaving keeps relying on female culture, and is passed down traditionally through generations learning the different looping techniques, patters, colors and mystic symbolism. In this humble society wool itself has special protective powers.

It’s a sunny and fresh day at Tighdouine and the group of Amazigh women, gathered around a loom, look with astonishment at Jan Luyken’s Marocco etching. Ahead there is a long month of patient weaving in red and black wool slowly tracing the design made by Jan in his poorly illuminated studio 350 years ago, when during a rainy and cold winter morning in the midst of the Dutch Golden Age the engraver imagined the peoples of Morocco as the sons and daughters of Ismāʿīl ‘s black slave army and 500 concubines. ‘It looks like the man is a threat for the woman, but she is full of dignity and does not pay attention to him’ says Aicha, ‘Even if he threats her, she will do whatever she wants to do’. The group of Amazigh women look at each other assertively, from then on they will meet each afternoon defeating the thread with dignity, doing what they want to do, together: ‘to fight, step by step’ through each knot, around the loom. Overlooking the fertile Zat valley, acompained by the whispering river and the deep green of the oaks and olive trees, in each leaving the household to weave together, the unreal carpet will become real through the patient hands of the women from Tighdouine.

It’s evening time and the Amazigh women in Tighdouine go back to their houses, slowly, step by step, still chatting. The singing swallows announce the spring through the narrow streets of Tighdouine and also through the busy alleys of the Medina of Marrakech. We are in Ke’cH Collective. Jan Luyken’s Marocco etching has been transformed into a read and black carpet. A mirror hangs from the ceiling and it is then when the unreal happens. The image of two fantastic characters made to represent Marocco, duplicate in a game of reflections where the viewer, confronted to his own image, becomes also a central piece. The anachonism of symbolic layers is mesmerizing. Jan, Ismāʿīl, a slave and a concubine, the golden age of knowledge and cruelty … and them: Their voices resonate in the intimate space, their patient work can be felt under and their wise words, their humble reflections become a chant, like the singing swallows, the constant fight for recognition. Traversing centuries through the streets of Amsterdam, Meknes, Tighdouine and finally Marrakech, creating a nest of comforting empathy.

‘I think they should be the same’, says Faouzia. We should all agree.