Not far from where I am, sitting in front of the small brown table,
in this monk like room with a window overlooking the Embassies and the cool day
of an almost attractive Algiers,
There is The Archive
And a group of old people
deep, connoisseurs of so much, drinking coffee.

The subtle connection,
framed by an austere and insufficient meal, as recommended by The Book,
has been almost instant.
He soon knew me. He passed through all the almost absurd tasks and worries, talking quietly, whispering.
He is an 80 years old man, white collar, green eyes, almost transparent.
looking at me, towards an undefinible somewhere.

His words were like the desert he was telling me about: Humble, exact, conformed by the intensity of the silences and the no-times.

A few hours earlier, between the sunset of Hypnos and the new day,
The storm. 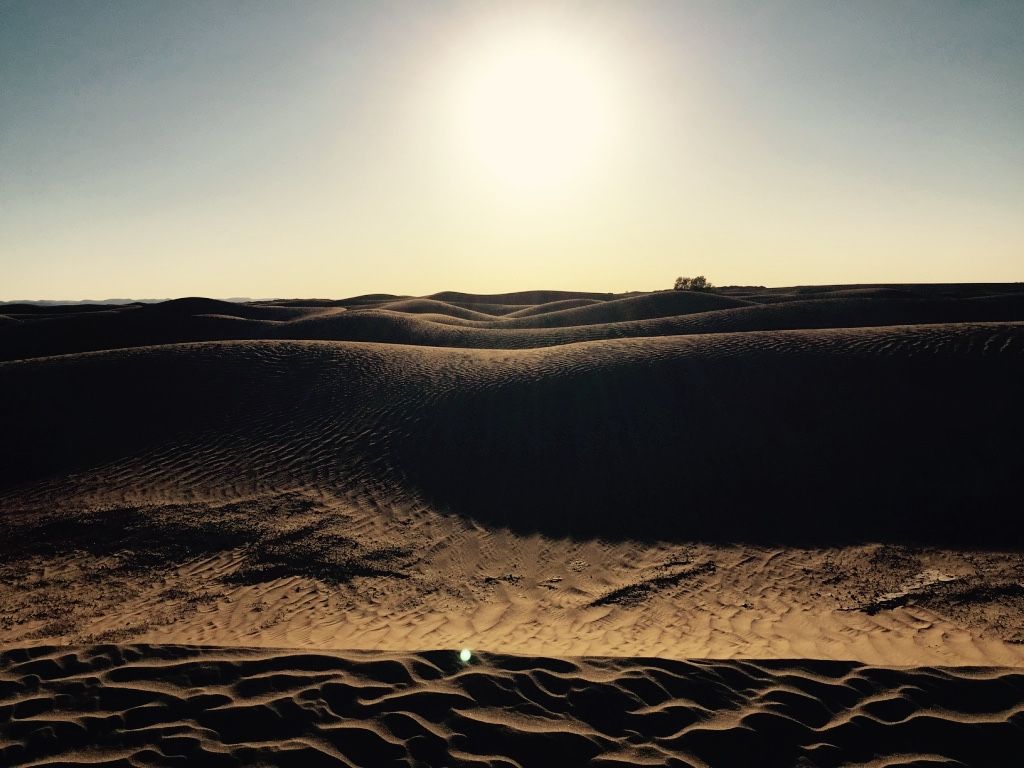 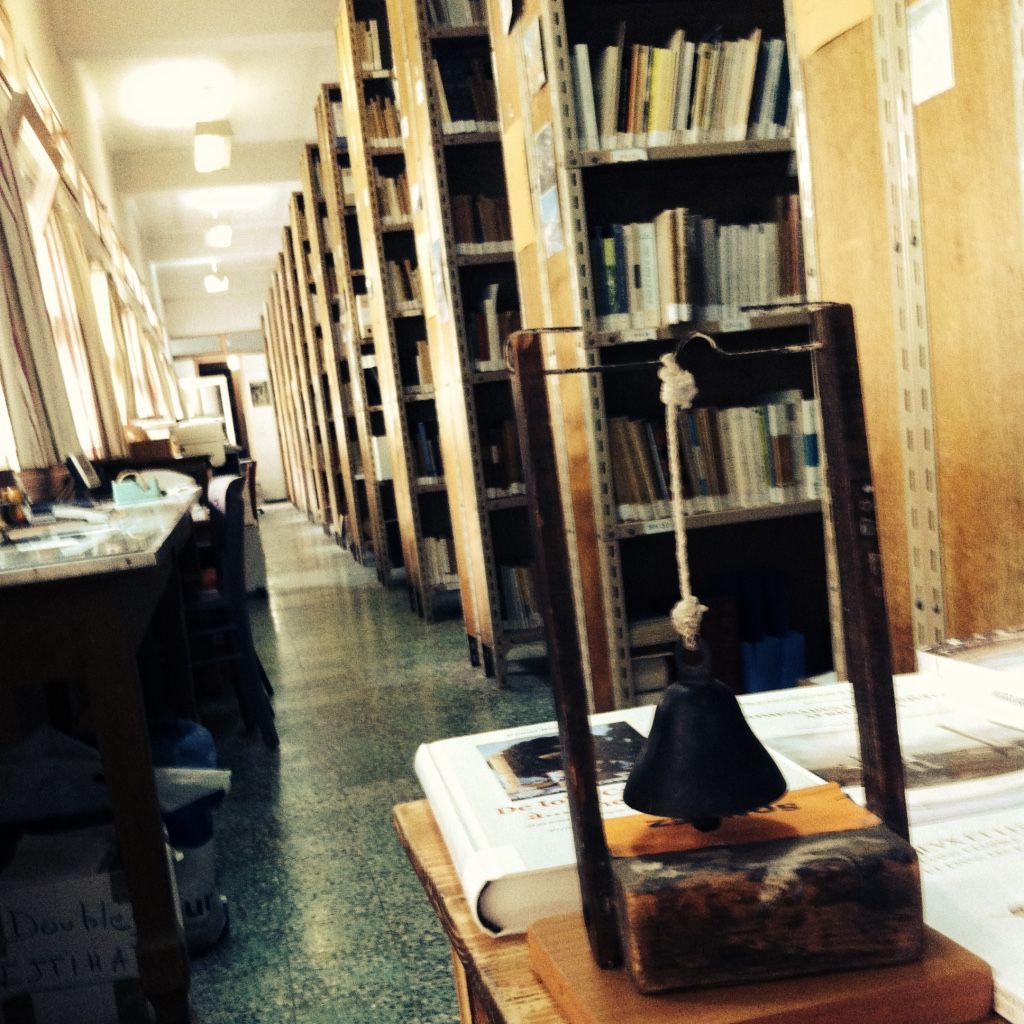 Also sitting next to him, the man with the almost transparent green eyes has today become Henri Teissier: Bishop of Oran, Archbishop of Algiers and awarded with the Légion d'Honneur for his ecumenical work inspiring the dialogue between Christianity and Islam. 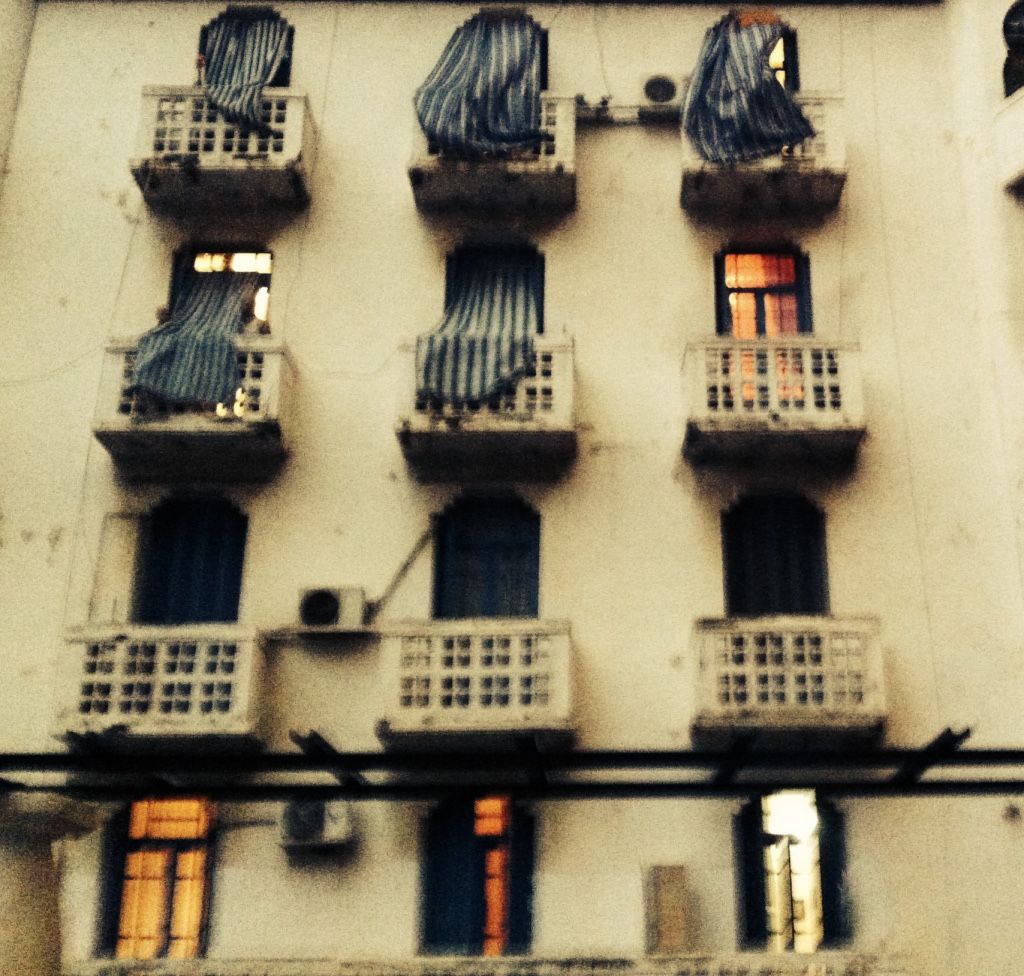 Ghardaïa is part of a pentapolis, a hilltop city amongst four others, built almost a thousand years ago in the M’Zab valley. It was founded by the Berbers Mozabites, an Ibadi sect of non-Arabic Muslims. The original architecture of the semi desert valley dates back to the 11th century when villages were fortified in such a manner that they were inaccessible to the nomadic Arab tribes. 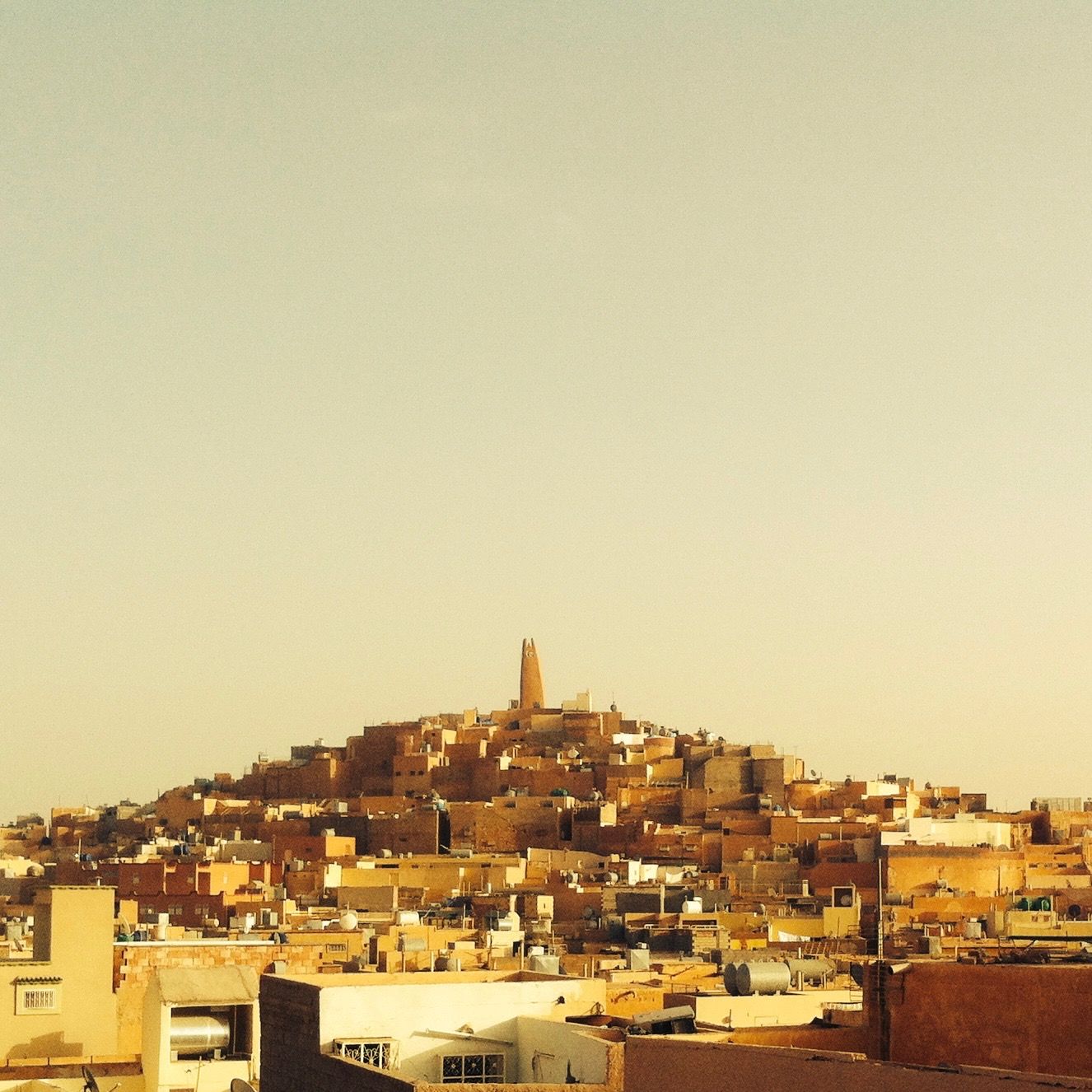 I have spent the day at the Centre Culturel et de Documentation Saharienne fascinated, some would say in a pseudo-colonial way, by the diaries and accounts of pilgrims and adventurers that from the start of the 19th century retraced the ancient trans-Saharan routes driven like me by curiosity, ingenuity and an orientalizing gaze. 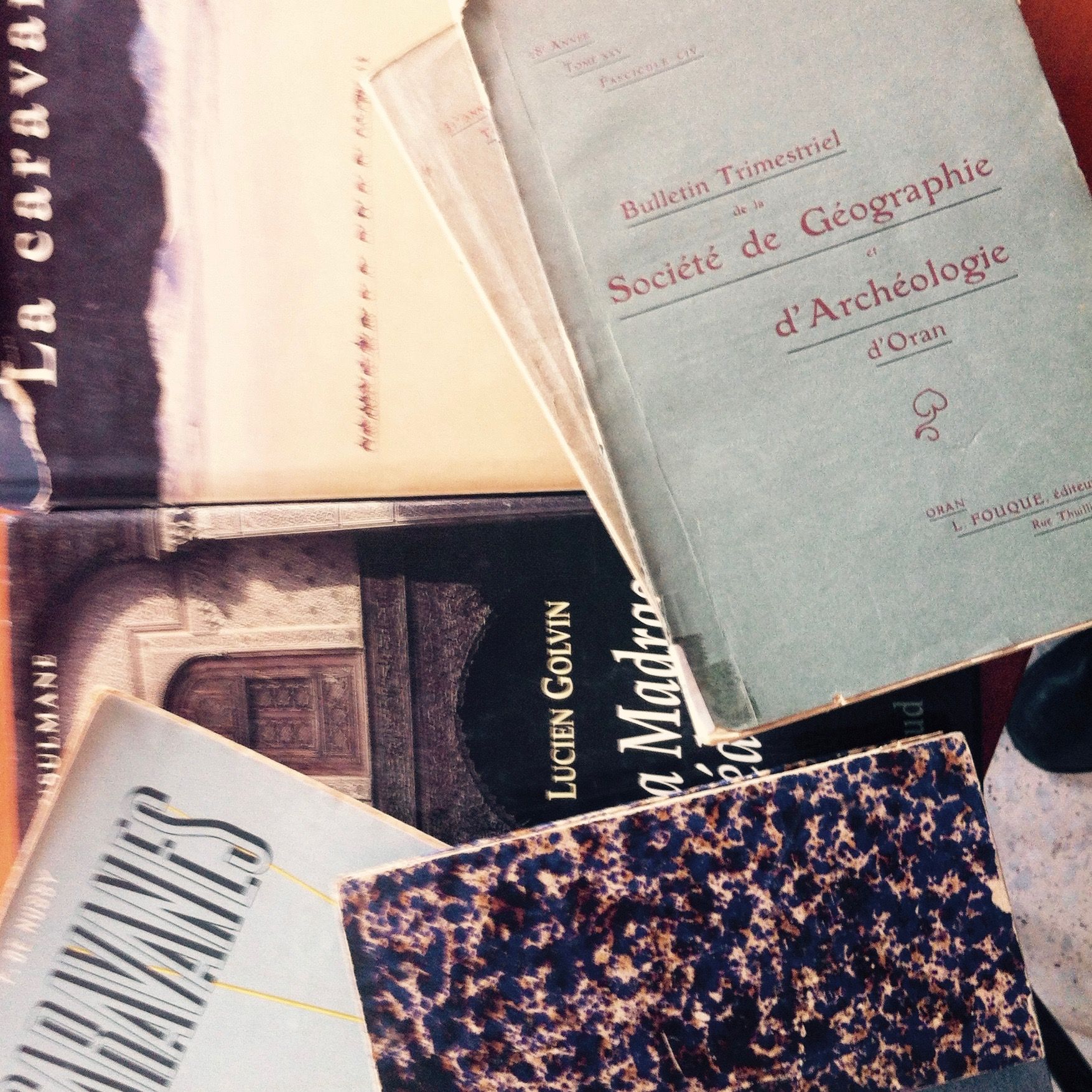 It is a cold dark night. We are four on the old car that is slowly climbing the hill when I ask one of the Pères Blancs about what seem to be a slump I saw on one of my afternoon walks.

Besides the Mozabit woman dressed on their white haiks and showing only one single eye, what caught my attention are also few black youngsters keeping themselves busy arranging shoes and also the black women wrapped in colourful dresses on the corners of the narrow streets, begging. But what has surprised me the most has been to find what seems to be their provisional homes: a camp built with wood, plastic and all kinds of debris half hidden outside the ancient defensive walls, between the cemetery and what is now a dry river populated by plastic bags.

He answered: They are the Nigerians. They come from Uyo, Owerri and Lagos escaping from scarcity after the war. 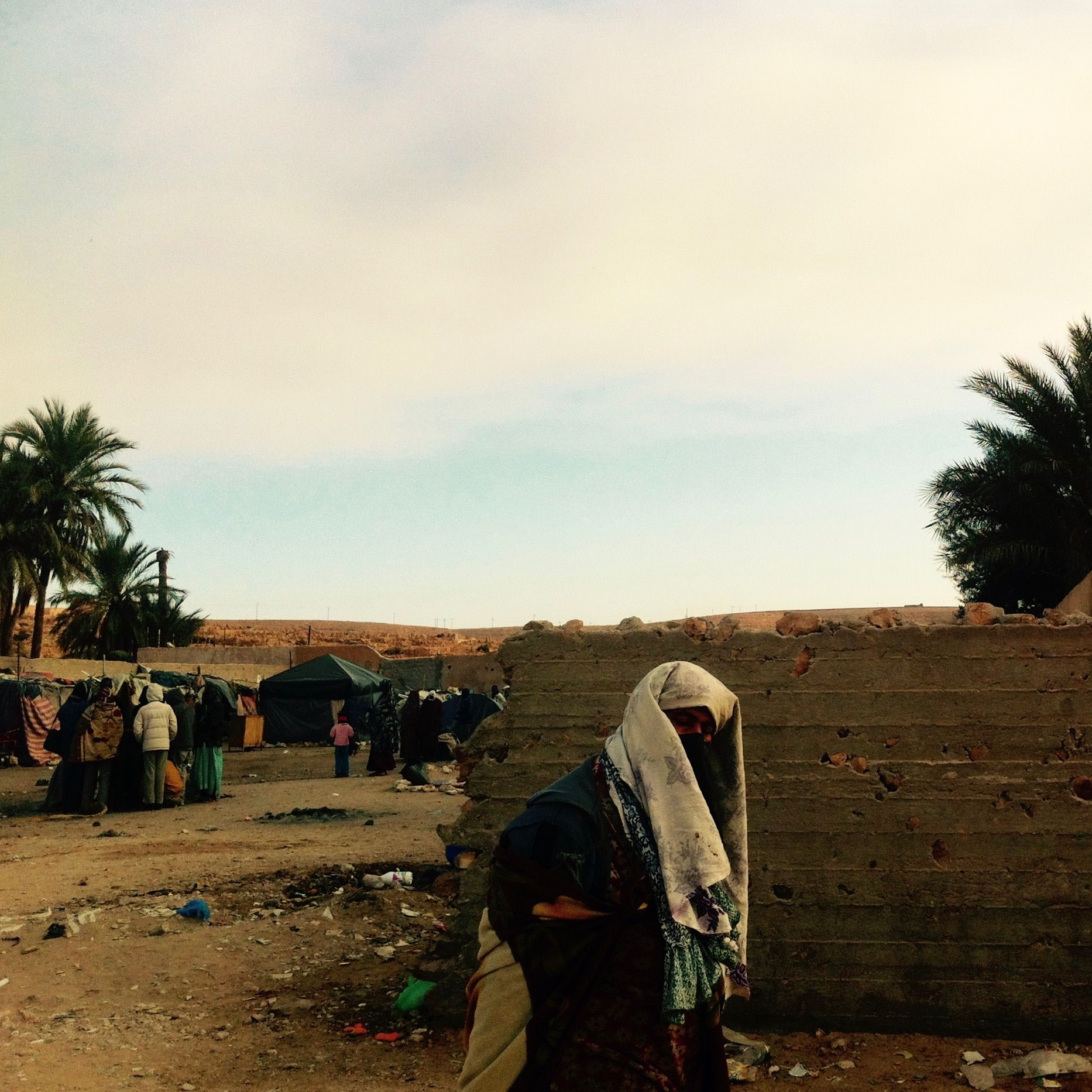 Apparently, in 2014 the Algerian authorities realised a new law forbidding the access of Nigerians without valid passports to the regular busses that depart from Tamanrasset to the North, towards Ghardaïa. If Ghardaïa is called the door to the Saharan desert, Tamanrasset, a city 2000 km further south, is in the middle of it.
For what I saw, the governmental measures didn’t succeed in stopping the migration of Nigerians towards the North. Instead of using the bus though, now they are forced to look for the alternative routes provided by the traficants of migrants, which do the job at unaffordable prices and taking vulnerability as exchange rate. 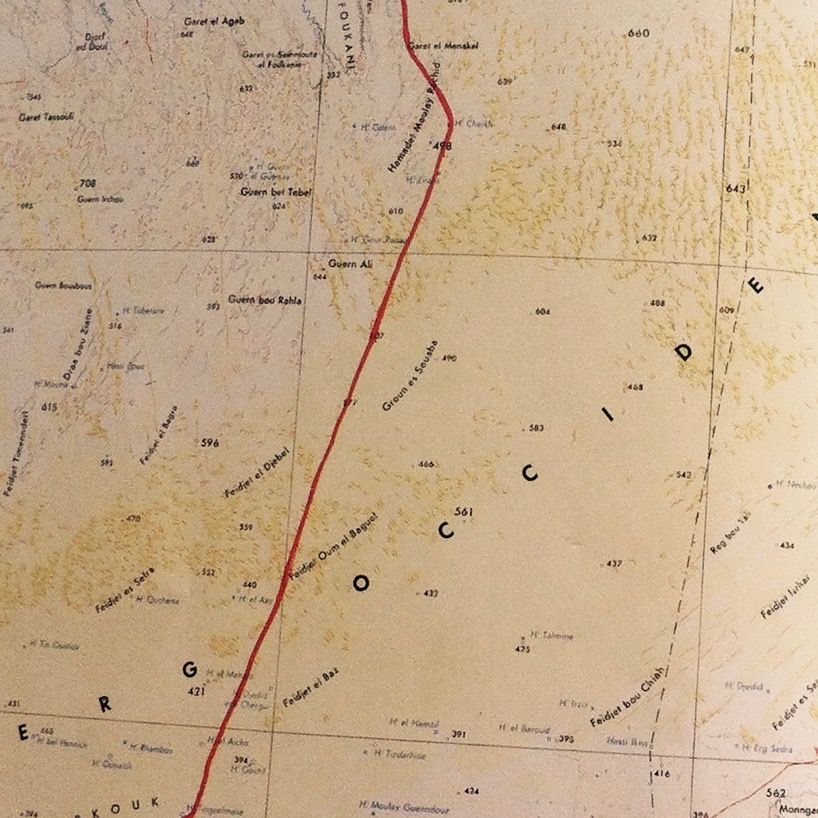 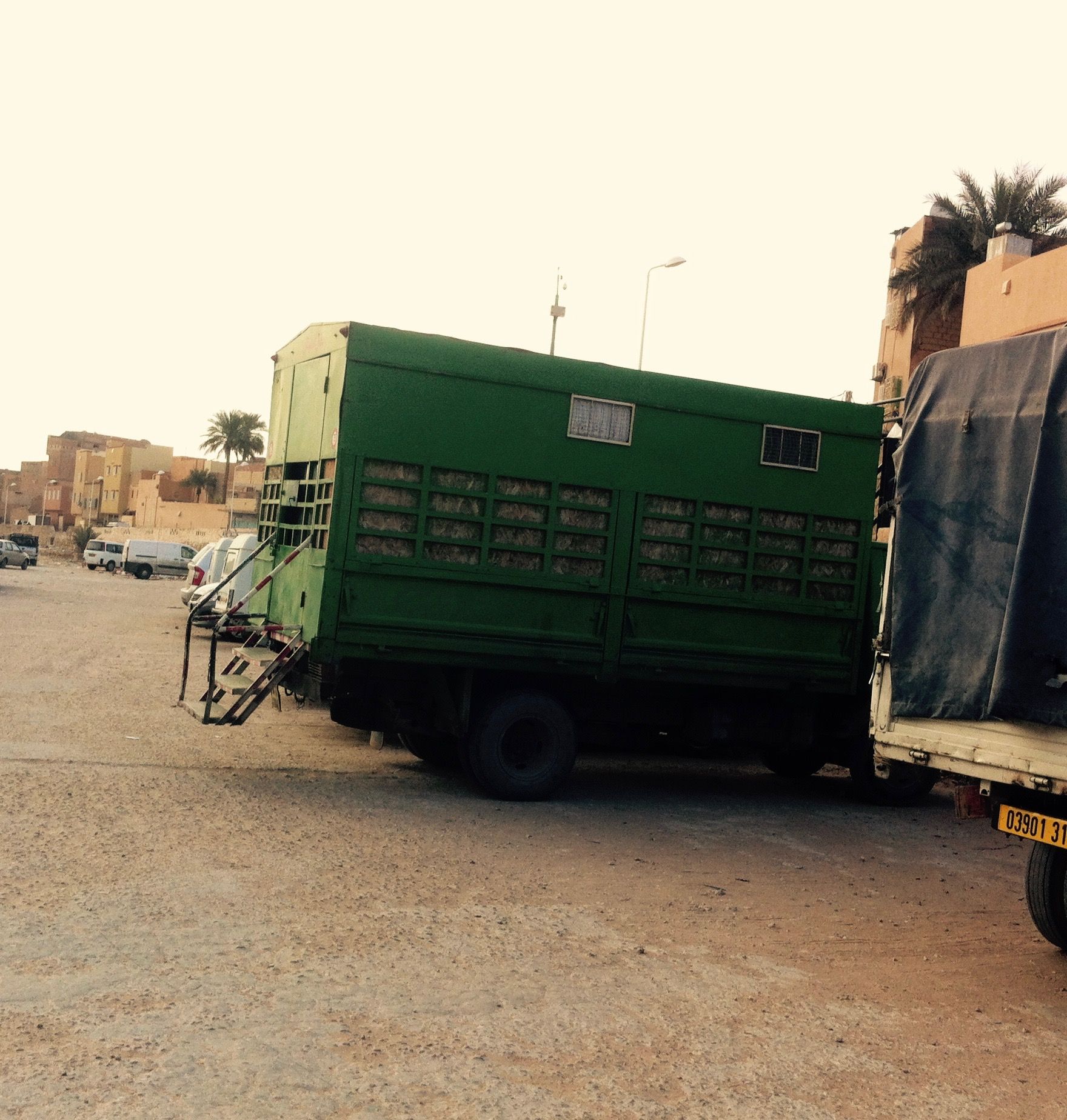 The community of Nigerian in Ghardaïa is formed by three different groups:
The first one, which is a minority, used to be blacksmiths back home and thanks to their skills have become either shoe-makers or workers on building sites where some also live. The building industry in Ghardaïa is prosperous as in recent years there has been an important flux of Arabs moving into the city, changing forever the status quo and the predominance of Moabites, the original settlers.

The second group are women, children and elders, and normally they beg in the dusty streets around the market.

And the third group is conformed by young boys and men that have become some kind of an alternative health system. Besides selling all kind of advice and herbs they also provide aphrodisiacs for the local sexually handicapped. 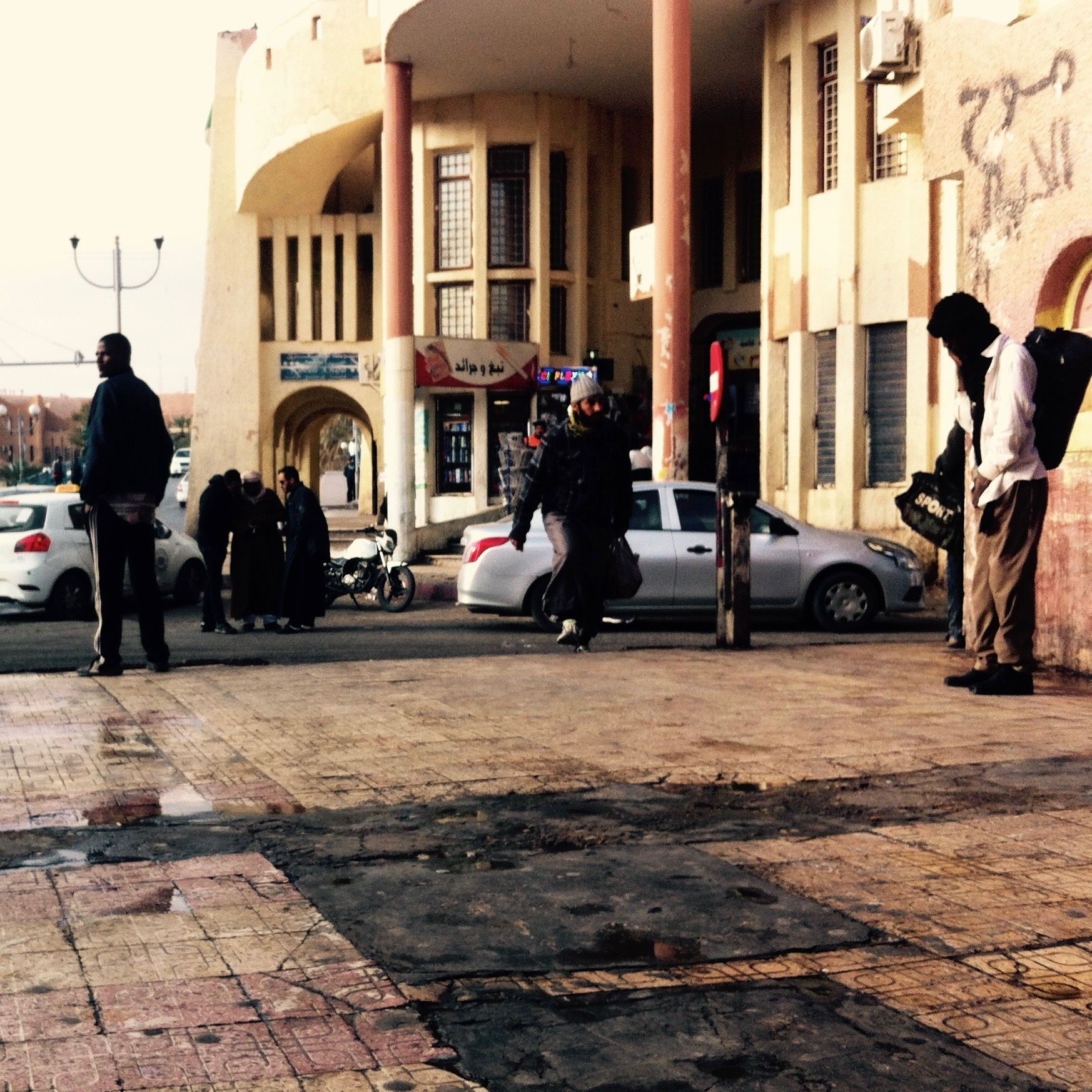 All of them find in Ghardaïa the exit door from the desert becoming though the lower social class in a rigid system of a community mainly formed by the Berber Moabites and the Arab Chaamra, that slowly are colonising the newly build suburbs. The relationship between the Moabites and the Chaamra are far from being fruitful. Since the oil discoveries in the late 1950s, the population of the region has been greatly altered. The region has been destabilised also by external actors linked to economic interests and an increase in illegal trafficking and insecurity generated by the new trans-Saharan nomads. In 2015 riots erupted in the mud made city, causing great distress, destruction and 22 casualties. Since then, the population share the public space with the military: Over protected with guns, shields and military clothes 10.000 young Algerians arranged in groups of three or four spend their time browsing their phones and having mint tea.

I look through the window. Cold Saharan air. Ghardaia slowly changes again and amused, incapable to process, I think back to my curiosity, that ingenuity and still unavoidable orientalizing gaze. 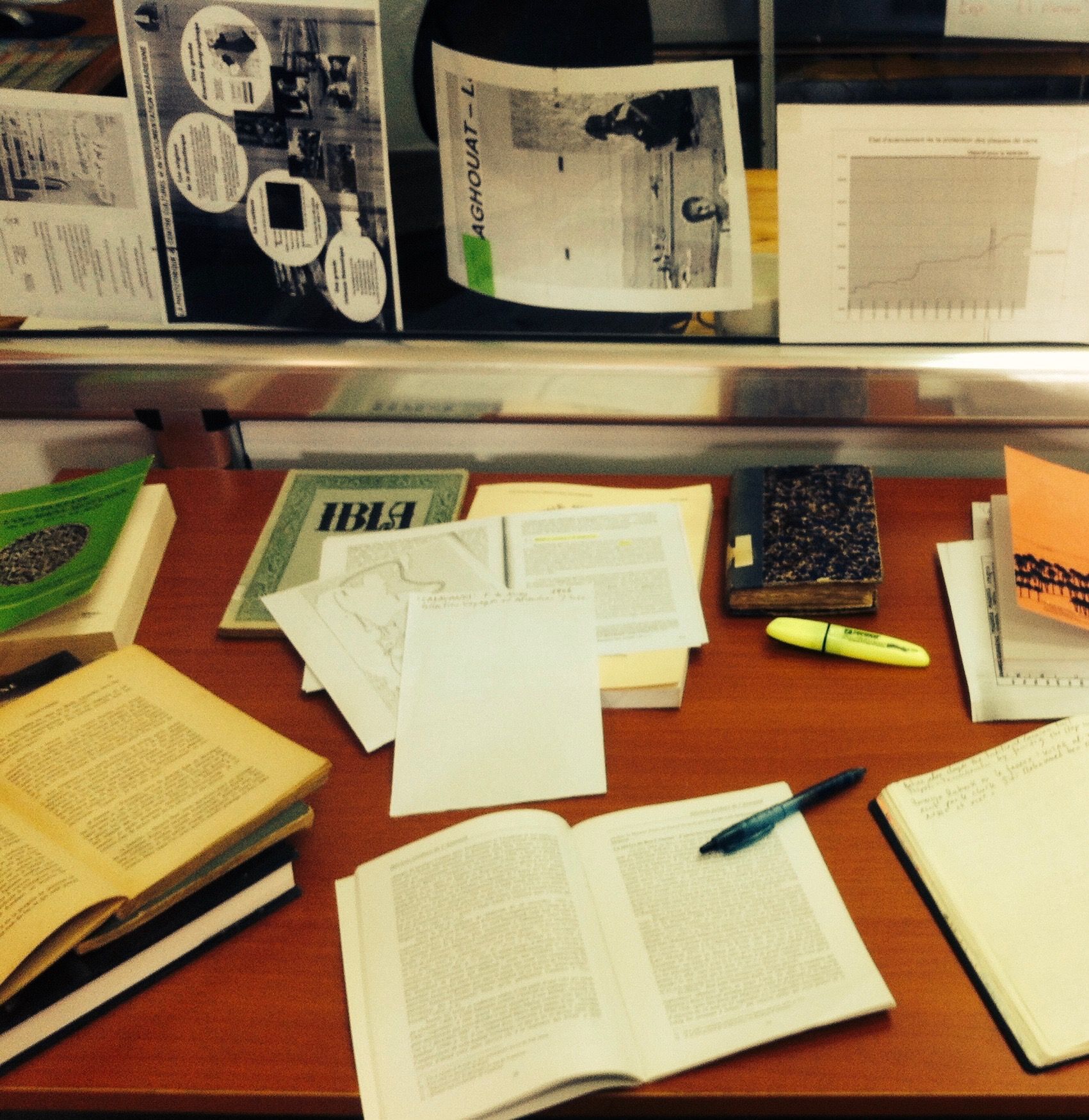