Placed in between a decaying nomadic culture and its exploitation as the ultimate tourist destination, the Saharan desert continues to be a space heavily connoted with stereotypical imaginary. Self-consciously located at the borders of this juncture, Beyond QafilaThania (link to http://platformharakat.com/actions/beyond-qafila-thania) brought together researchers from Sudan, Morocco, Spain, Catalonia, Italy and the Netherlands researching in architecture, sociology and the visual arts actively approaching the cultural, social and geopolitical space of the Sahara desert to trace back the stories of the old caravans and learn about its influence in current day cultures and societies. Beyond QafilaThania facilitated an inspiring frame to exchange and research further on the participants on going projects focusing on topics such as contemporary nomad cultures and architectures, current immigration routes, history of slave trade, the concept of blackness and knowledge exchange through trans-Saharan book trade.

The impossibility of perception is a personal diary created during the last stage of the project: a 20 days nomadic residency through the Draa valley and from M’Hamid to Tizint in South Morocco. 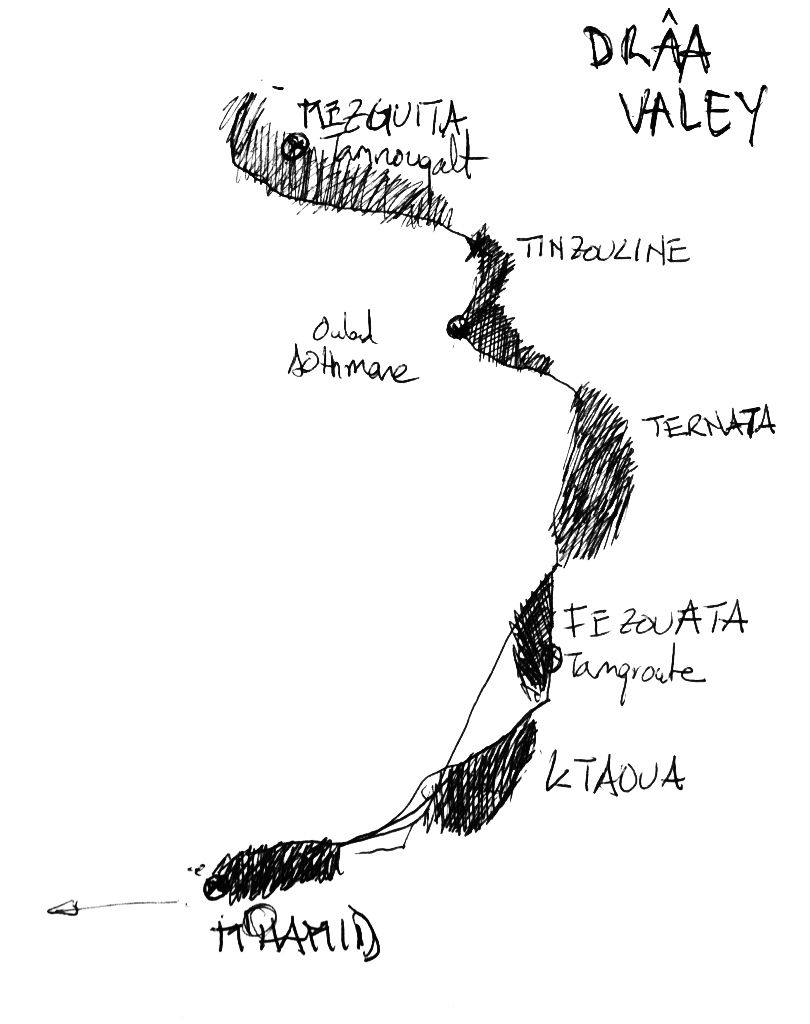 2nd stop: Tinzouline/Oulad Sothmane Zawiyas / Marabut / Hetara / Alawit expansion (Mauritania-Mali) / #halaqahreadings2 : 'Black Marxism' (ortodox Anglo-american scholarship - Who Is Africa? - Hegel / 1912 - 1955 / from Tribes to Kingdom / Caid Arabí / Tahir / Liberation Army and Cadis in Ouarsasat / Haratin / 4x4 'At this point we leave Africa not to mention it again. For it is no historical part of the world. It has no movement or development to exhibit' Hegel in 'The Philosophy of History' 1784 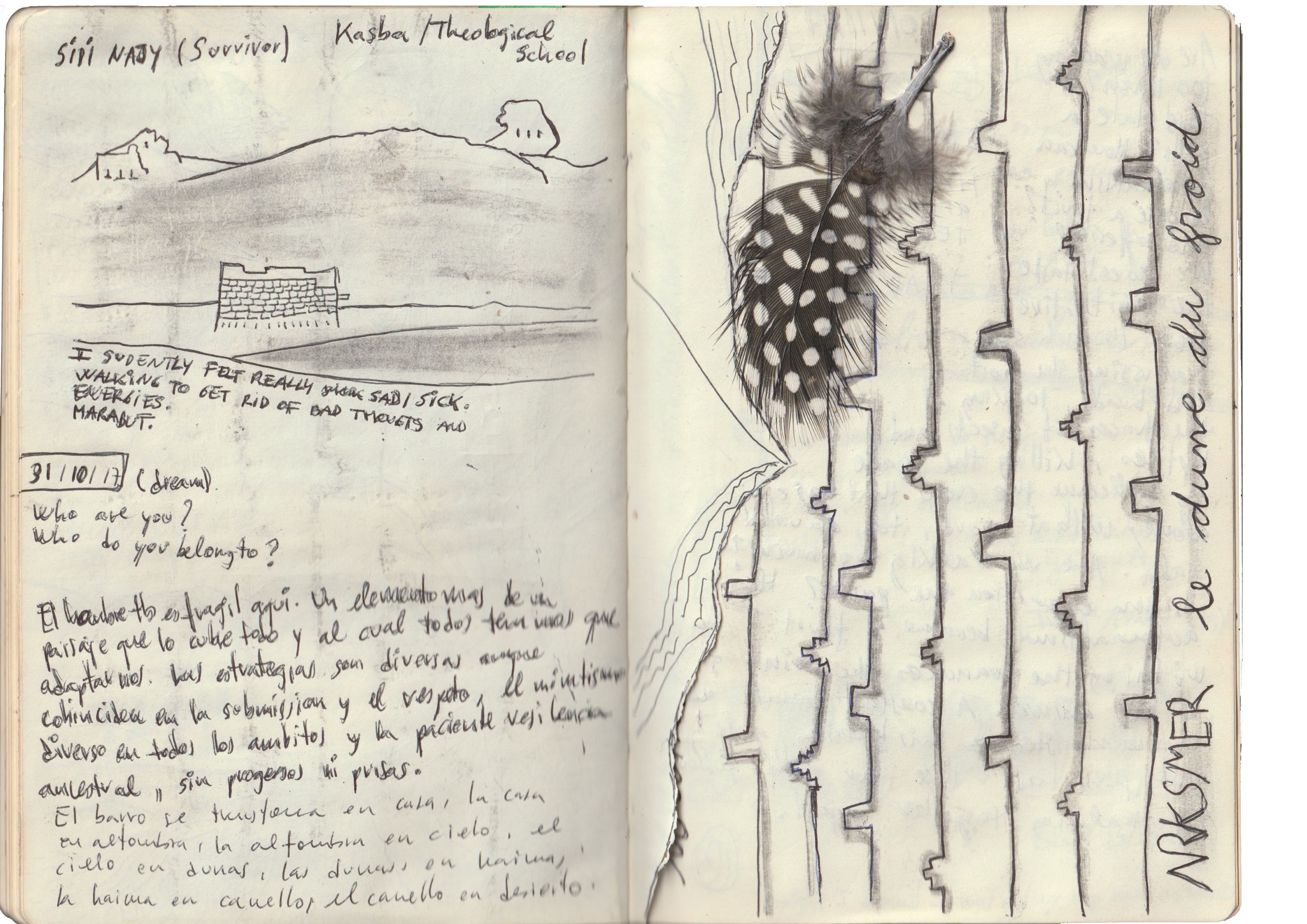 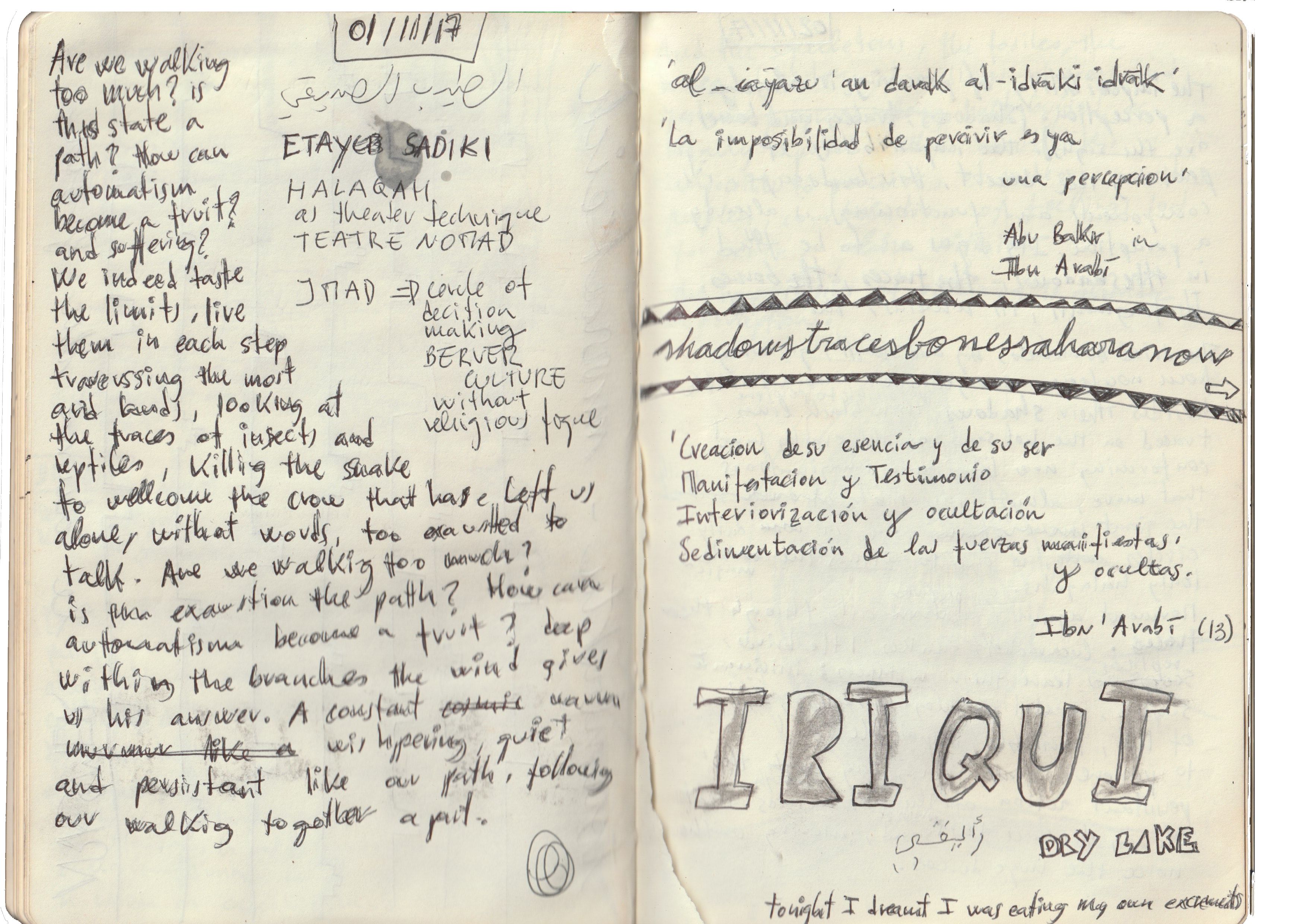 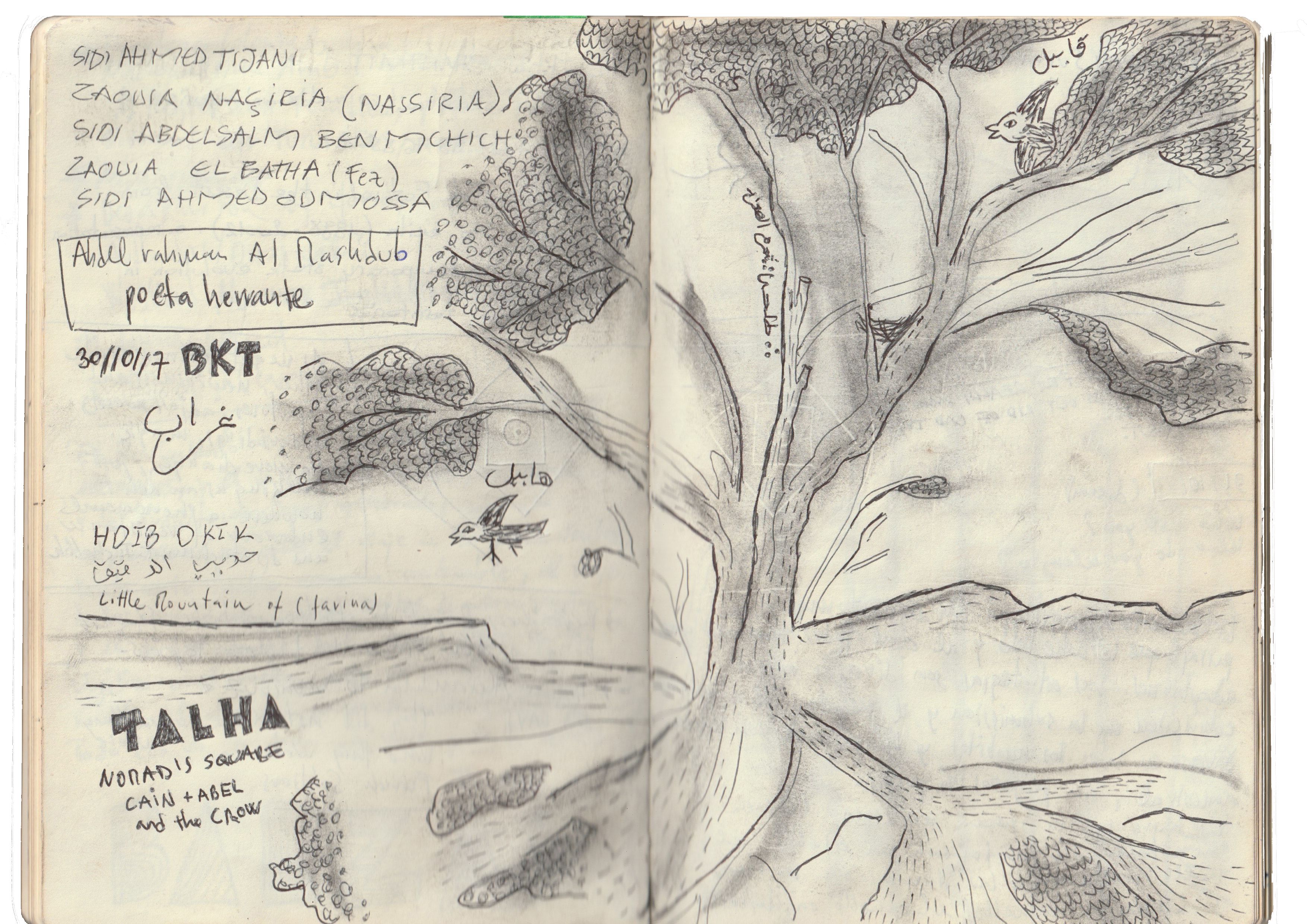 The dried branches, big and small, growing from nowhere, everywhere, impossible to perceive remain invisible besides their shadows. Thin black lines traced on the hot sand or the cracking land conforming new lifes and fantasmagories move almost impossibly with the giant orbit of the sun, tracing dayly circles, no one witnessing the lonely halaqahs.

Movement is perceived through its traces. Cockroaches, snakes, little birds and reptiles leave their testimony: intricate, subtle, repetitive algorithm of life, impossible to perceive, erased everyday through the persistent action of the saharan winds that slowly displace the particles of sand, moving silently the huge dunes.

And the skeletons, the fosiles, the bones of history of millions of years and yesterday, spread along half buried or totally exposed, tell us about the fragility of life, impossible to perceive, of meteors, ancestors, peoples: constellations of feelings lost forever live within.

The impossibility of perceiving is already a perception. Its signs are to be found in its traces: The remaining fragments, the fragmented remains, its bones.