The figure of the flâneur as described by Walter Benjamin is a man that walks without an objective or a prefixed end point in order to become invisible, mingling with the everyday, paying attention to what is normally discarded or useless. In fact while walking on the margins, this man adopts a fixation for the peripheries, willing to get lost, disoriented. Since its conceptualization in the early 20th century, the flâneur has become both a pole of attraction and an object of study for artists and researchers alike. The lonely flâneur aims at demystifying the flâneur by stressing its lonely and individualistic condition, precariously standing on its own ontological contradictions.

The three scenarios presented as part of The lonely flâneur do not conform neither a exhaustive evaluation nor a coherent critique of Benjamin’s propositions. In stead, by using visual and textual material and following Benjamin’s idea of the fragmentary nature of knowledge, I propose to recollect and articulate several fragments of my everydayness in order to critically evaluate the topic at hand.

The first text reflects upon the contradictory nature of the flâneur: In order to become a flâneur, one has to adopt as method an anti-method. There should not be a plan, no task and no tools, and indeed no method to achieve anything. This oxymoron is exemplified In the very same process from which the fragments presented here came to be something tangible and relevant when talking about the flâneur. In fact It has been only on the occasion of this publication that these scenarios, these fragments, have been transmuted in such fashion. In short, the application of the flâneur as conceptual framework has been applied in retrospect.
The text, which was written in a café in a peripheral neighbor of Alexandria, during one of my unsuccessful intents of becoming a flâneur, is accompanied by the stills of a video documenting the sedimentation of the coffee particles of a qawha I had ordered. 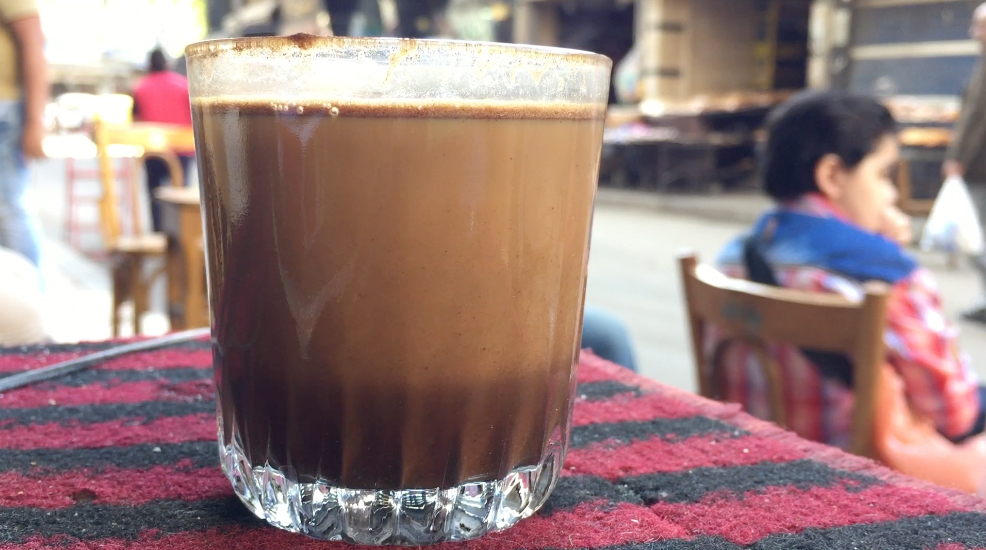 The second text: ‘Documenting a 5€ glass of wine: Flâneur as procrastination through lust and online dating’ was written in Athens, where I went to visit Documenta14. The text reflects upon an alternative mode of flaneurism: cruising. This text is complemented by the documentation of an experiment on new media flâneurism in the form of screen shots of a conversation I had on Walter on an online dating site. 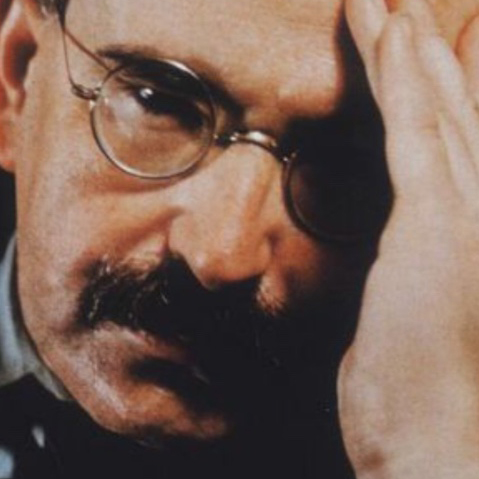 The third text is an excerpt from an Interview to Lara El Gibaly, journalist for Mada Mass, talking about the impossibility of becoming flâneurese in certain contexts. The text is accompanied by a series of images of an unusually empty Alexandria shot in the evening hours during the first days of Ramadan. 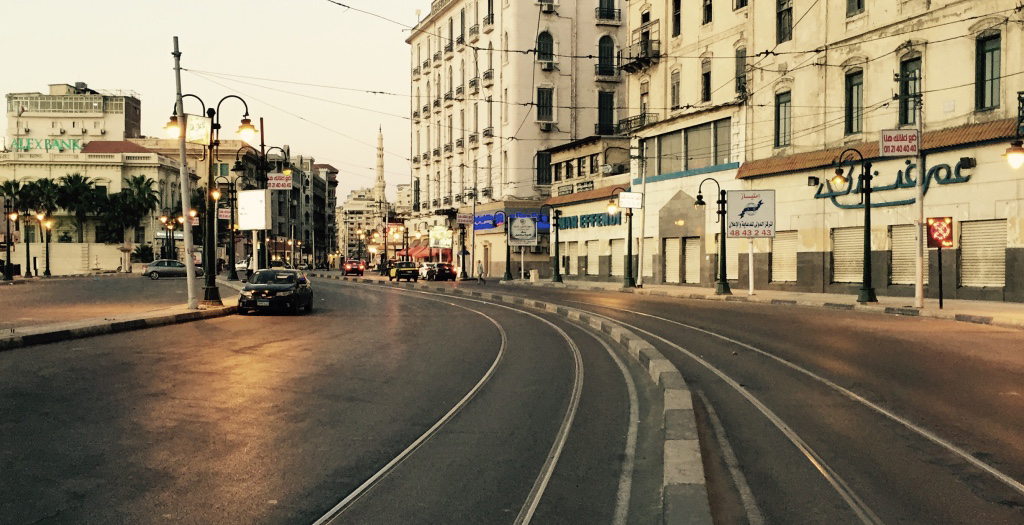 Qawha
There is no need: Flâneur as oxymoron or the anti-method as method.

One of the terms that have triggered my curiosity since I first got acquainted with it through academia and critical reasoning is what we call 'the method'. A priori, If one decides to pay attention to its agreed contemporary meaning, the word 'method' can be considered as an exclusivist concept, an elitist endeavor: One consciously has to choose a method and put aside others. In the case of the flâneur this task becomes even more revealing. To become invisible, just for the sake of it, transforming a situation (that is the act of becoming invisible) in an objective, which requires a method, makes of the task itself an oxymoron framed by a position of privilege, too visible, conceptually.

This contradiction, the visibility of forced invisibility, becomes even more problematic If We take into consideration that invisibility is also a key condition of capitalism. Our current socio-economical system creates actions and synergies that force the unwanted invisibility of the exploited, the disadvantaged, the damned of the earth as some would say.

So, the intention to become invisible, walking aimlessly, paying attention to the periphery, to all what is obsolete becomes a political act of renounce, of anti commitment, the first step to comodify the lands of everydayness through an unfulfilled allergy to the methodological impulse. In fact, the flâneur as described by Benjamin can certainly become redundant, an oxymoron, a self sabotage and an offence to everydayness itself, another victory of theory, another concept, another method to settle, to control, to document, to archive knowledge. By naming ourselves flâneurs our task becomes redundant, discredited. We are all flâneurs, there is no need to pretend to be so.

A Glass of Wine
Documenting a 5€ glass of wine: Flâneur as procrastination through lust and online dating.

Gardens as places of sexual encounter make all the sense in a city of mild climate and orange trees.

The homoerotic lives here in full accordance with the ancient images of idealized male bodies. Orthodox icons, as blind men, look through the westerner as both the marvel sculptures and their replicas as hairy men populating the Grindr museum.

In between such a display, Documenta14 visitors, coming from the meccas of contemporary art, the cold barbaric lands in the North, and other more peripheral locations, mostly dressed up with their sophisticated simplicity, feel of course out of place, and excited to be so. It would not be too adventurous to say that few of us understood much of what was meant to be understood from the exhibits: the pseudo-post-colonial Documenta turn which comes too late, too scattered, rushed, incomplete. Interestingly a considerable amount of these newcomers, the colonizers, are to be found also in the online dating sites, looking for the ultimate Greek experience. Some even appear under the motto 'documenta' on their profiles, branding themselves, mimicking their attitude once placed at the Documenta opening parties: Spaced out but smiling, excited for childish reasons, becoming part of the wonderful market of art and bodies, the place to be: D&G - Documenta & Grindr.

My search in both places was unsuccessful, so I went back to the old archaic uses of gardens, the most popular being of course the one next to the magnificently decaying Temple of Zeus. Waiting to carry on, between my 5€ glass of wine and the company of a randomly read 'Post colonial hospitality' evening falls together with the fresh smell of azahar … while We continue (l)earning from Athens.

Desapearing
Disapearing amongst the crowds. The impossibility of the flâneurese.

Excerpt from an Interview to Lara El Gibaly, journalist for Mada Mass, done in the framework of Nassim el Raqs and Tandem Shaml project ‘Getting lost in the city’ in may 2017 at Gudran’s El Behna space in Alexandria, Egypt.

Talking about walking in the city in relation to what it means to be a female, so essentially being a flâneurese rather than a flâneur, its something that myself and other women have discussed in various contexts. There is a researcher that talks about this issue, her name is Lucie Ryzova and she was part of a Conference I attended at the American University in Cairo. She was talking about downtown Cairo as en example of heterotopia: an essential liminal space that is neither here nor there but in between. During the conference she pointed out that the idea of the flâneur, the male flâneur, is to walk around, to do window shopping and not having to engage in a normal activity, with freedom to roam the city. Thinking about that in relation to myself, I wondered about being a female and being able to having that same role to a degree I could not mainly because there are quite a lot of spaces in Cairo where women are certainly not welcomed. Even in terms of public space, you don’t navigate as free as a male flâneur would for obvious reasons related to sexual harassment, the perception of your own body in the public sphere, or because all you have been told to in relation to how to move in the city, and so your perception of what it means to walk aimlessly, walking freely in the streets, for an Egyptian woman its very rarely aimless. By the contrary it is usually with the aim of getting from point A to point B, probably as quickly as possible and through the safest route. Although personally I do not feel unsafe walking on the streets I definitely feel I am assaulted by sounds or images, unwanted attention, a situation that is not very conducive to this idea of wondering around. 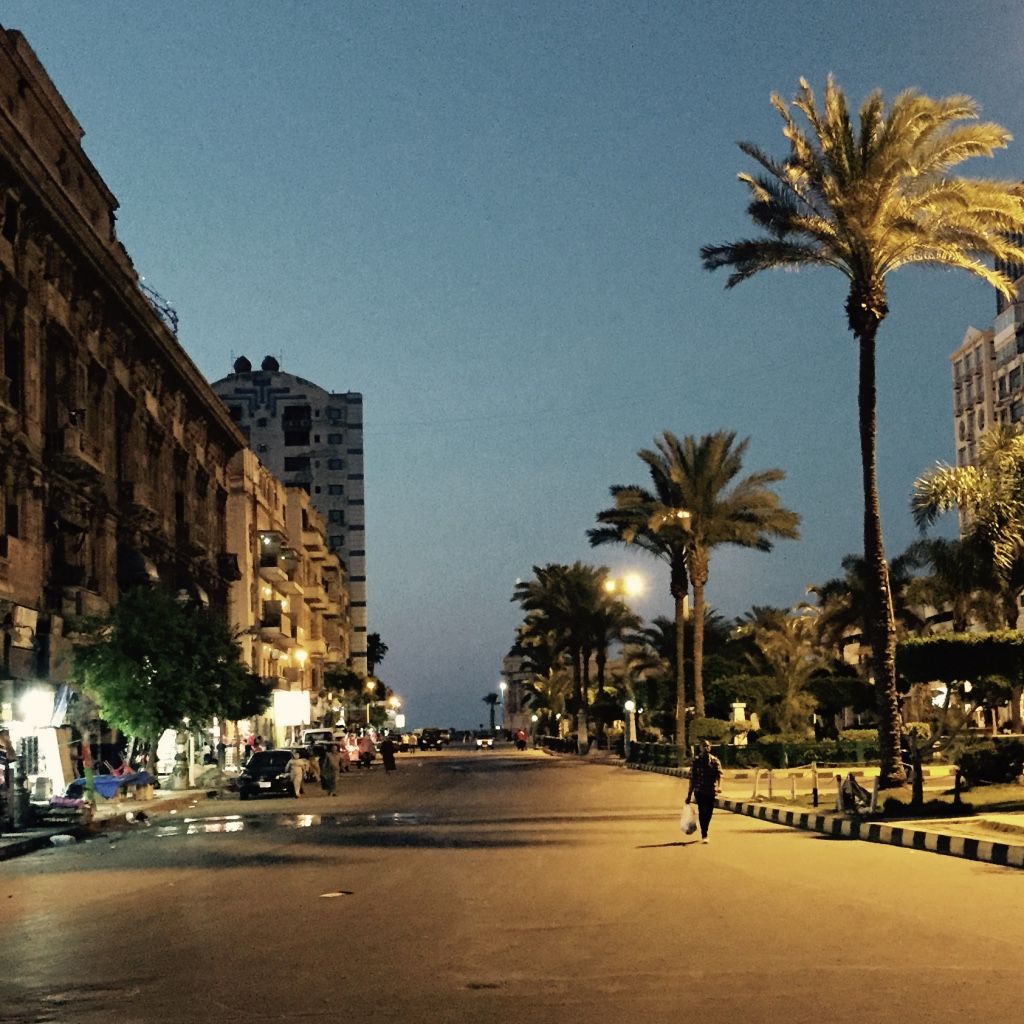 So gender is definetly something that is at play. My condition as a woman was again highlighted in this one incident where I was early for an interview I was going to and I sat down in a café where I was the only woman. At first everyone thought my presence there was very strange, afterwards though men began to come up to me and wanted me to sit in the best table outside in the sun and they were all very interested in making small talk with me and everything was actually very pleasant. So essentially I thought to develop this idea further and organize this small flash mobs where a bunch of women would go to a specific café, sit down, order some things and spend about 15 or 20 minutes there moving afterwords to the next café. These flash mobs would not be even a protest, but some kind of a happening, something that would break the dominant gender issue and the typical visual appearance of the space, changing something in its visual nature without actually being threatening or challenging in any way, which is something I know people is not really comfortable doing. For me it would be very interesting to do that as a sort of visual experiment and see what comes out of it while challenging the male dominated nature of public space.

With a couple of my acquaintances, we also started a loitery club. We basically meet a few times in a male dominated public space and we just stand there talking to each other as men normally do. We tried this out and obviously at first men found this a bit strange because it is not really were women hang out. But after a while they kind of left, they moved on to a different space, so somehow just with the fact of being phiscally present it actually really makes a difference on who gets to utilize a space and for what purpose.

My idea of the flâneur its not particularly related to reading Benjamin, but is rather influenced by this other book named ‘Flâneures’ written by Lauren Elkin which specifically talks about her experience of being a woman in Paris and New York and discovering both cities through aimless wonderings. There is always this very romantic idea of being a flâneur or a flâneures. At the same time though I always had an interest in what people have termed ‘experimental travel’ or experimental ways of discovering cities you never have been to. And of course that relates to the concept of the flâneur. It’s essentially the same methodology but experimental traveling is framed in terms of games, it is more structured, it structures ways of wondering around and I like that, I like that idea that transforms something that should be very aimless giving it a structure and see what comes out of it. 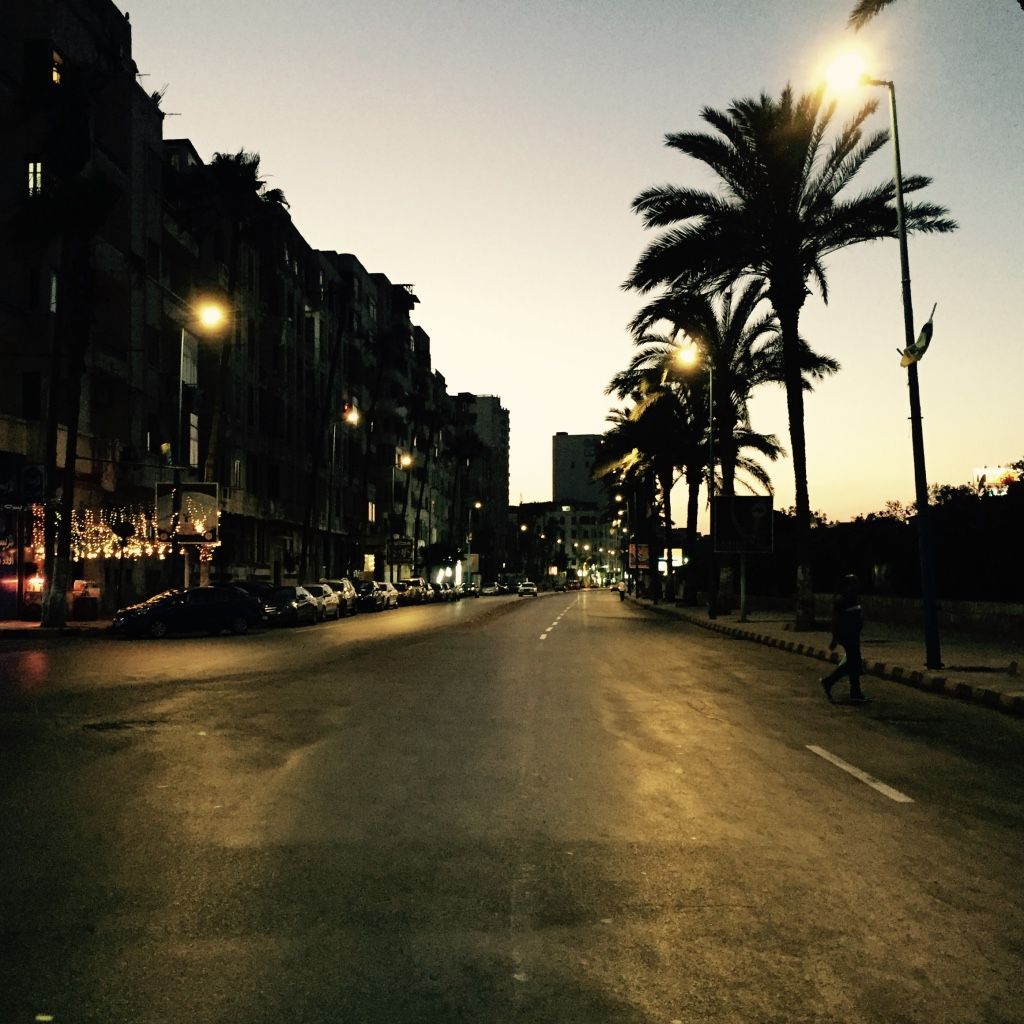